The footwear market in Pakistan is a broad industry and you can see many local and foreign brands in the market. The market is also invaded by the Chinese brands but when it comes to the proper branded ones, can you name anyone from Pakistan who does not know about the world-famous brand Adidas? The answer comes no. Not only Pakistan, Adidas is a well-known and widely accepted brand not only in Pakistan but all over the world too.

Adidas is not a new name in the market, this multinational is here since 1949 and the people from all over the world trust the brand for high quality and durability. Do you know that Adidas is a German brand and the headquarter of the brand is in Herzogenaurach (Germany)? Now Adidas is not only limited to Germany, but the multi-national also has 1,557 authorized stores worldwide. The company employees over 57,000 people.

Adidas was initially formed in a house. The founder of the brand is Adolf Dassler who launched the business on a small scale in the house of his mother. This man was later accompanied by his elder brother Rudolf in the year 1924. The name of the company at the initial stages was decided as,” Dassler Brothers Shoe Factory”.

The company was famous for manufacturing the spiked running shoes (spikes) for different kinds of sports activities. Later on, they transformed the old models of spike shoes.  To increase the demand for athletic footwear that is spiked,  he changes the old version of spikes that are made of heavy metal to great quality shoes canvas and rubber.

Dassler asked the U.S. sprinter Jesse Owens to use his handmade spikes at the 1936 Summer Olympic, to which he agreed. In 1949, because of the breakdown of the partnership between the 2 siblings, Adolf created Adidas, and Rudolf created Puma, which became Adidas' business competitor. 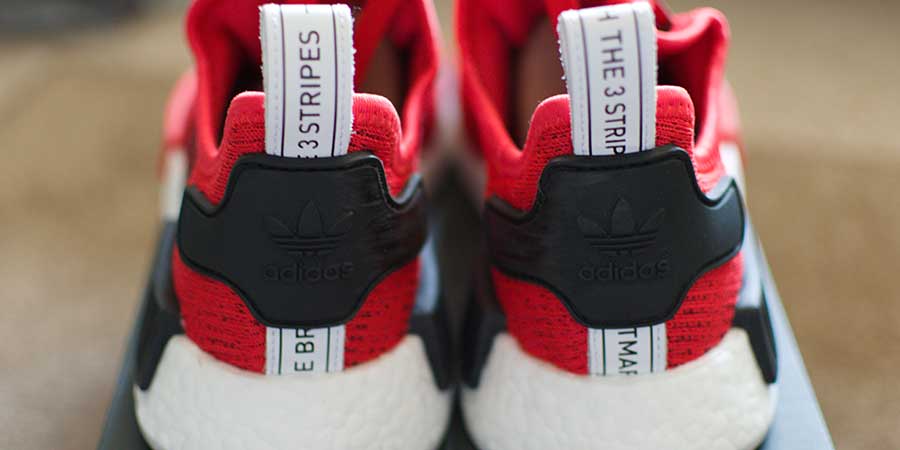 The logo of the brand is very uniquely designed. The logo has three stripes. According to the Dassler Adidas is a “three stripes company”. You will be surprised to read that the company took its official 3-stripe logo from the Karhu Sports which was a Finnish athletic footwear brand, in return for the 2 bottles of whiskey and the equivalent of 1600 euros. Such a delightful deal!!

The main product line of the company includes

Adidas has a variety of shoes in which people love to have it for since long.

Adidas sells a variety of latest clothing for both men and women. Do you want to know what was the first clothing from Adidas? It was a tracksuit in 1967 which was really appreciated. Other apparel the company is designing and manufacturing are Jackets, hoodies, pants, leggings, and t-shirts.

The brand has also introduced a Fit Smart wrist band in 2014 which was highly appreciated by the health-conscious people. 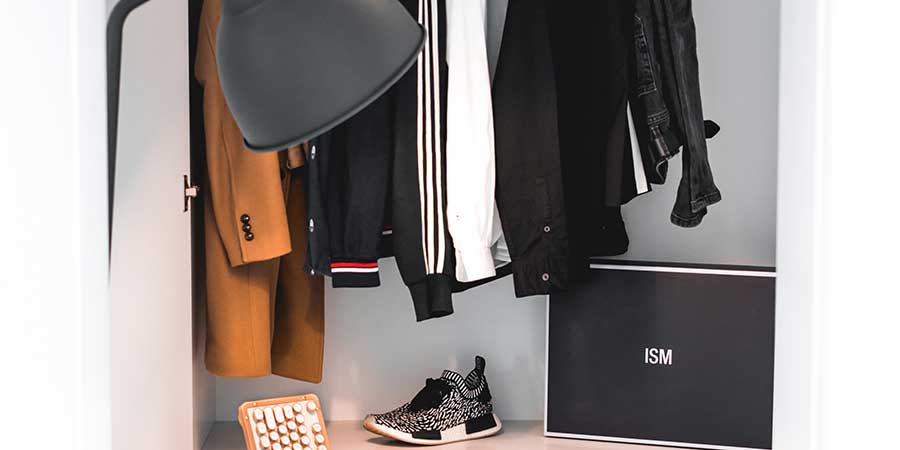 Where does Adidas manufactures its products?

As mentioned earlier, Adidas is a German brand with its headquarters located in Germany, but the company has extended its operations in other countries too. These countries include India, China, Indonesia, Pakistan, Japan, Taiwan, Thailand, Korea, and Cambodia. It has been reported that 27 percent of most of the Adidas factories are present in China.

337 factories have been reported in China, followed by India where 99 factories are reported, Indonesia with 79 and Vietnam with 76. Japan, Korea, Taiwan, Thailand, Cambodia, Pakistan, and the Philippines all have 10 to 60 factories.

The company is reported to manufacture nine hundred million sports and sports lifestyle products every year to cater to the needs of its potential clients, including the athletes and the common people.

Companies that are owned by Adidas

With the passage of time, the Adidas was not limited to the house only and it expanded and became so successful that now it owns three major companies, which are: 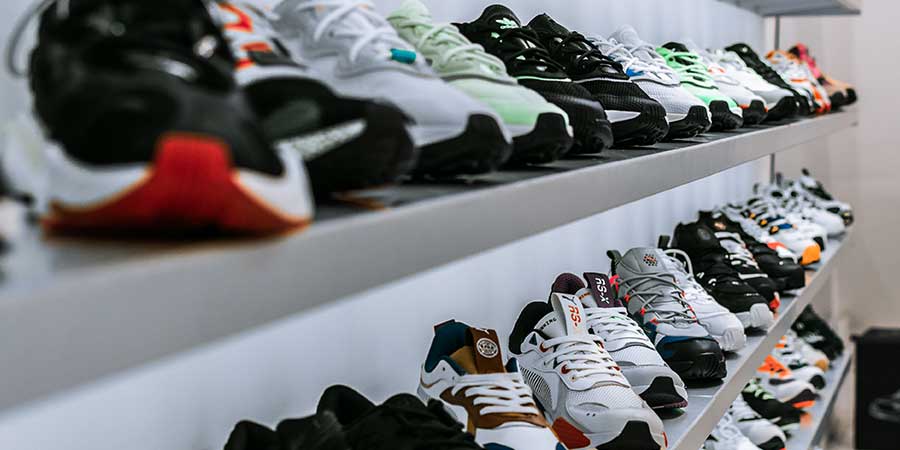 Adidas when it comes to the customer's loyalty captures a large market share.

The loyalty towards the brands Adidas, Nike, Inc., Puma AG, and several other sportswear brands was analyzed in a recent study. The study reveals that the buyers did not show a high loyalty towards such brands.

Adidas focused on the concerns of athletes and comes up with the latest fashion in the market.

If we talk about marketing techniques of Adidas in the Pakistani market, the company is putting less effort into promotions in this region. The reason is that the brand has already very strong name all over the world, and the Pakistani customers has built a strong image of the brand.

Even if there are very fewer advertisements, whenever a Pakistani athlete or a common customer thinks of sportswear, he definitely thinks of Adidas.

The brand announces its sale or promotions through social media like Facebook or Instagram, and in this way, it reaches its target clients which increases the overall sales of the brand.

Target market of Adidas in Pakistan

When it comes to brand awareness it is argued that people in the lower middle class are not aware of it. The reason behind is the high prices.  This is why the company has to put more effort into advertising so as to place the brand in the minds of potential clients and make it popular among the crowd.

The company usually comes with sales and offers where it makes heavy announcements so as to make it affordable for the people from the lower middle class too.

How will you know if you are paying for the Adidas shoe is original or not?

We know that the people in the Pakistani market are usually dogged by selling them out of the fake product instead of the original.

So, if you are someone who is looking for a pair of Adidas footwear and not so sure if the footwear you are paying for is the original one or not, here is a tip: The tags have the size and product information on the inside of the shoe. This tag is designed at the back of the tongue by the company.

We are sure that by now you must have understood the difference between the original Adidas product and the fake one. Now, whenever you go out to buy an Adidas product you will be all sure what you are looking for. 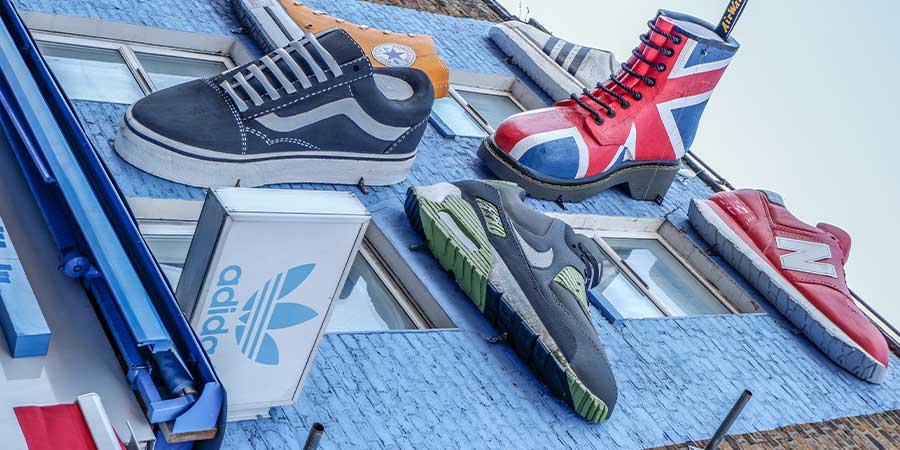