A foldable phone is the latest in smartphone technology with the leading mobile phone companies launching these innovative pieces of tech, which, when opened, becomes a tablet-like larger form of display and, when folded, is similar in appearance and functionality as a regular smartphone.

The folding occurs two-ways, the screen may either fold to the back of the device or may open like a book and companies are launching these two variants of foldable phones to try to stand out in the market.

The Mobile World Convention 2019, held in Barcelona, saw the top phone makers presenting their new foldable-screen phones, giving the audience a first glimpse of their latest products, getting them pumped for the specs and the release dates of the phones in the upcoming 12 months.

Since this was the year of foldable phones, so the companies remained quite busy before presenting them at the convention, as this time it wasn't just about coming up with a refined shape or better processor, it involved stepping up their game and introducing a new era of smartphones with this new cutting-edge technology.

Companies had started working on this tech as early as 2006-2008. Still, it took them more than 10 years to commercially launch it into the market, and finally, the year 2019 saw leading brands like Samsung, Huawei, Oppo, LG, and Motorola launch their respective foldable phone models.

Also Check out: Haier Refrigerators in Pakistan - Stepping Ahead in Technology 2020

Unfortunately, these phones are not yet available in Pakistan, although we hope 2020 will see a new dawn with respect to this concept, and we will get to see some of these handsets in Pakistan (if the prices drop, hehe).

Here, we’re going to list down some of the best foldable phones launched to date and some upcoming ones too!

No doubt, this is one of Samsung’s most stunning designs yet. With a 7.3 inch full open screen, it can fold when you’re ready to put it in your bag. Samsung launched its latest gadget in April 2019 after a setback in its mass launch. Galaxy Fold’s makers had to change its release date due to many users complaining that the screen broke within days of purchase.

The new, improved model caters to all the issues that the users had with the previous model, i.e flickering or blackout of the screen, system hang-up, etc. The phone is about the size of an average Samsung S8 when closed, and the size of a small tablet when opened. You can check the price online. For a price like this, consumers needed to be satisfied with the tech inside, which Samsung has not failed to provide. Users get plenty of features.

Some specs include 512 GB of storage, a triple-lens 16MP+12MP+12MP rear camera, a 4,380 mAh battery that naturally, splits into two parts due to the folding screen and a 12GB RAM!

With this phone, you can now open three apps simultaneously instead of two like in the previous models, and what's more exciting is that the app running on the front screen will automatically shift inside to the middle once you open the phone!

Of course, Huawei had to place itself somewhere around the hype for the Samsung Galaxy Fold. The Chinese Company's latest foldable phone, the Huawei Mate X, wraps around the outside and gives a full 8-inch display when fully opened and when closed, give two screens, one on the front and one at the back!.

Although Huawei got the differentiation part down, they could not, however, keep the prices down. The Huawei Mate X is even heavier on the pocket than the Samsung Galaxy Fold and you can buy it online. It has a premium processor (The Kirin 980), offers 5G connectivity, is a dual-sim phone, and is thinner than it looks. The phone comes with a 4500 mAh battery with fast charging technology, and Huawei claims that it can charge to 85% of its capacity within half an hour. 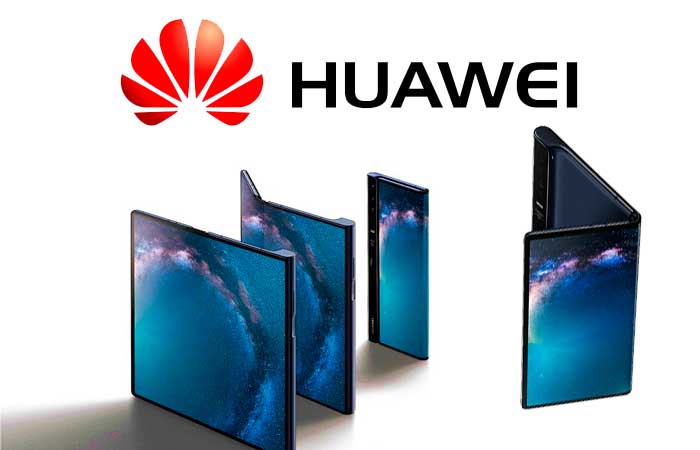 LG is another company working on the folding screen technology for flexible phones, and when it comes to LG, it doesn't like to leave its other products behind. LG is not only developing this technology for phones, but also for TVs and other devices. LG's bending screen will be available for purchase independently by other companies too. They certainly are not in a rush to compete with the market and will introduce these lines of products when they're fully ready.

What they have launched in the meantime is the LG V50 thinQ which comes a dual-screen accessory -i.e the second screen can be added for gaming or other features and benefits. It's not a truly foldable phone but is a practical product for many since the second screen can come off whenever it isn't required and is cheaper than foldable phones. We're eagerly waiting for the LG V50 ThinQ price in 2020. A good option might be more visible in Pakistan in comparison with the other foldable phones. 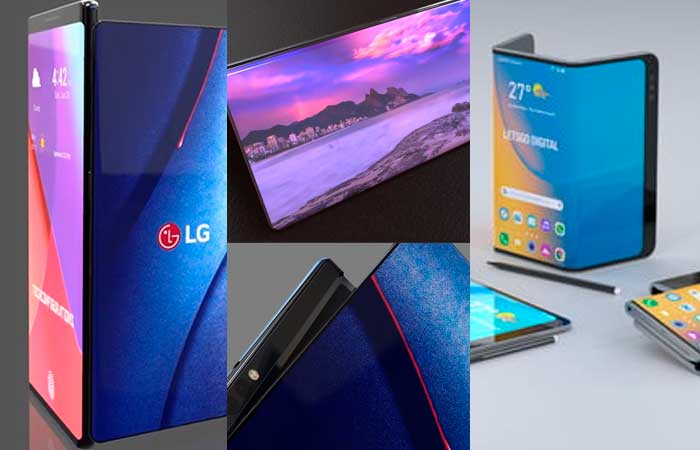 Do you remember the iconic Motorola V3? Well, the Motorola Razr is an upgrade (psst: upgrade x 100) to that phone. While the Motorola V3 had an entire cult of satisfied users, it seems that Motorola is trying to use the nostalgic attachment concept to make this model a success too (Which we admit, at least appealed to us!)

What's more, is that Motorola was one of the pioneers in the foldable phone technology and been trying to get its design patented for a long time.

Before its launch, people wondered what kind of usage they would get with the screen being folded, with the top screen being just a small "square" (a 2.7-inch display) and to our surprise, you can actually do a lot! It is possible to operate Google Assistant, get notified for calls and messages, capture photos and videos, use WhatsApp, play and pause music tracks, etc. 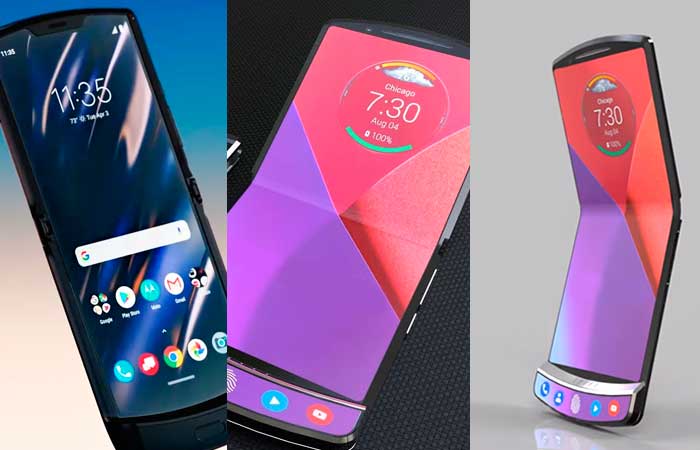 With the folding technology being so new, one would expect not too many companies launching their foldable phones so quickly, and yet we see that no company is behind from the rest. Xiaomi's prototype device, that was proudly shown off by company president and co-founder Lin Bin on camera earlier this year, got the whole world talking about it.

Initially, the phone's flat-screen was shown on camera, but then both sides of the device got folded inwards, leaving just the middle part exposed. Their explicitly different and attractive design is definitely a first in the market, which could turn out to be a potential game-changer for the company.

After a free poll on asking what name does the audience likes best for the phone, Xiaomi Dual Flex or Xiaomi MIX Flex, the majority voted for the latter. We're keeping our hands crossed for the Xiaomi MIX Flex price in 2020. 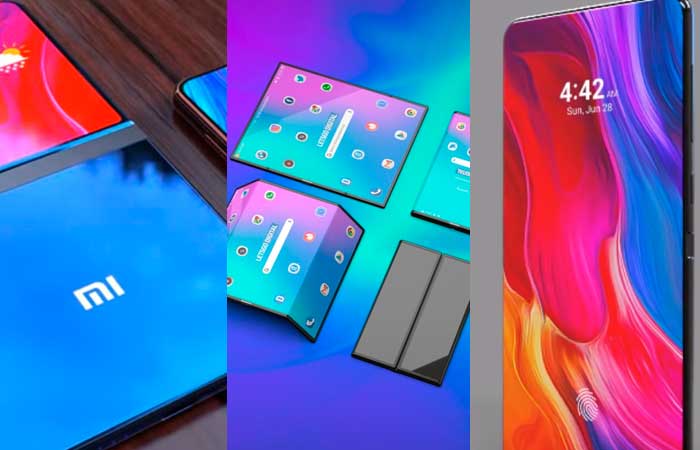 Although Oppo doesn't have the ready model yet, it did present a prototype at the MWC-2019, and it looks pretty much like the Huawei Mate X, which isn't actually a bad thing. While people usually like one aspect of the phone, they are skeptical about some other features.

For people who love the Huawei Mate X design, its outward-screen folding feature, but not the specs or price, Oppo's foldable phone will be a good alternative. Even though it hasn't been released yet, we're sure Oppo won't take long before opening it for the public.

They haven't even decided upon a price for the phone, and the audience will have to wait till the launch for the Oppo foldable price in 2020. 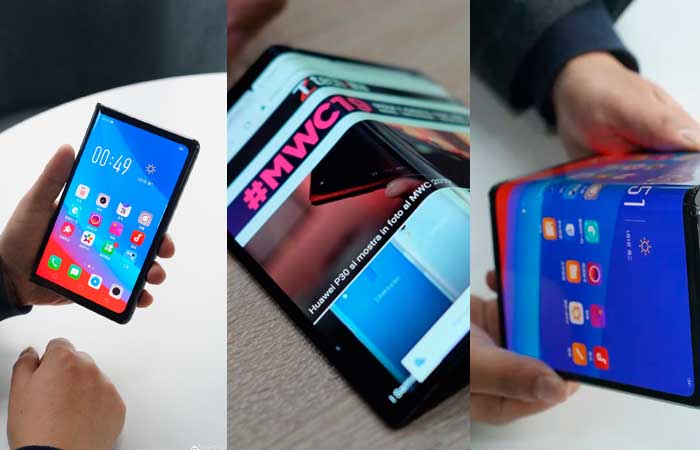 What's surprising is that Apple is nowhere to be seen on this "soon to launch a foldable phone" list, and we're wondering what the sophistication geniuses are upto. Coming to Pakistan, whether or not these phones are affordable for the general masses of our country (spoiler: they're not), is another debate, but just reading about these new phones and their specs might get mobile enthusiasts excited and motivate them to start saving up, which would mean that we would get to see these phones in Pakistan too.