As of 2020, with the global digitalization swarming everyday life, online gaming has been one of the latest trends among not only the teens but equally trending in adults as well. Recently, with Arslan Ash Siddique from Pakistan crowning the world championship title for Tekken, Pakistan has observed a rise in the trends of online gaming with more young enthusiasts paving their way in the worldwide competitions to showcase their talents and claim their efforts. This escalated trend has arisen the need to anchor the best gaming laptop on your platform to beat the best competitor around. Therefore, a list of best gaming laptops to provide its user with outstanding graphics and streamed animations have been compiled here based on the opinions and expert recommendations of the world-class gaming gems around.

A brief yet detailed analysis of these gaming laptops is being provided below in case you are one of the gamers who is looking out for quite an efficient gaming PC lately. 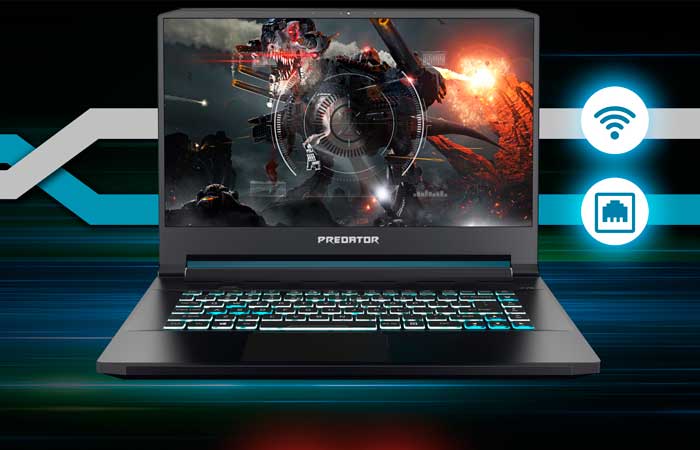 Predator Triton 500 is what can be called the modern-day beast mode system to provide the users with the best animations and HD graphics for spontaneous gaming sessions. This system comes with the installation of a Hexa-core CPU to provide the best experience to gamers. The built-in graphics card provides an exclusive HD view of 60 fps. Speaking of its constraints, the battery timing of this system is limited up to 2 hours of continuous gaming sessions, and the reviews suggest that it gets a little hot over the prolonged usage time. Reportedly, the vicinity of the keyboard is recorded to get hot in the said circumstances. But it is worth it since all modern portable technologies have similar constraints, so it is not that of a problem. And a compromise has to be made between the best gaming experience and the amount of time one wants to play.

It has an approximate price in Pakistan rupees of PKR 250000 on Amazon. 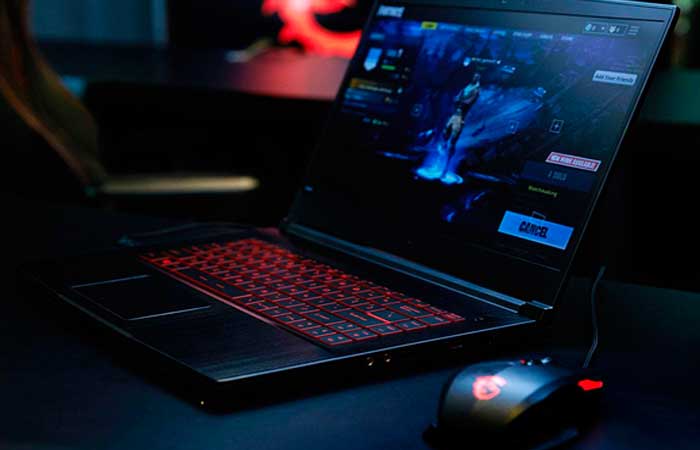 While the advanced technology has been a pain due to its high rise pricing, this generation in the series is remarkably astonishing with special regards to its cost-effective availability. Unlike other gaming laptops with price ranging from $2000 to $3000, this laptop comes in as low as $1000 only. Astonishing. It has a hooking ultra-thin LCD, which is also its flagship feature distinguishing it from the other products down the line. This product is powered by 9th generation Intel Core i7 processors. It comes with the latest GeForce GTX 1650 graphics with Max-Q design. Its light version is as thin as 21.7 mm and weighs as low as 1860 grams. The system has a remarkable battery timing of 7+ hours under normal usage.

It is designed with careful focus on its aesthetics as it comes with a thin body, lightweight, and an illuminating keyboard with an X shaped ventilator beneath it, which gives a phenomenal effect to its users.

It has an approximate price in Pakistan rupees of PKR 128000 on Amazon. 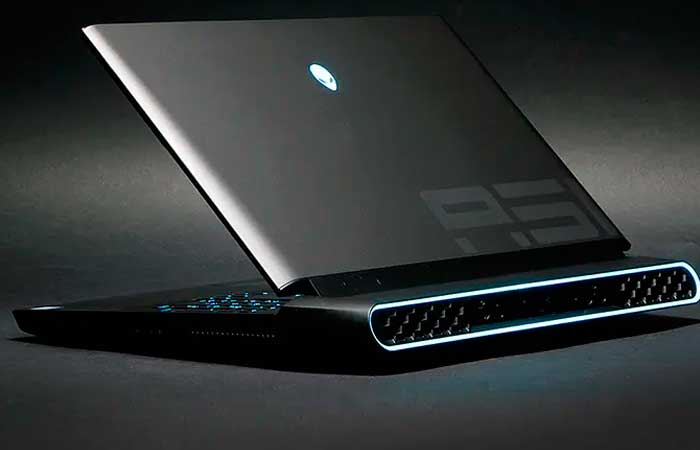 As aesthetically charming as it could be, the company has taken the design of their laptops to an entirely new level, which is almost upgradeable as well. Its entire design has been given an all-new exclusive touch to mark it as a unique product in the market. This model comes with 9th Gen Intel desktop chips, Nvidia RTX graphics cards, up to 64GB of RAM and up to 2 TB of storage in a RAID0 configuration. It weighs around 3.9 kg, which is quite some weight, but a little sacrifice for the love of gaming will do the job, right. Almost all of its components can be replaced/upgraded by the user itself at any time.

It has an approximate price in Pakistan rupees of 408000 on Amazon. However, lower cost-effective versions are expected to be launched down its line of versions. 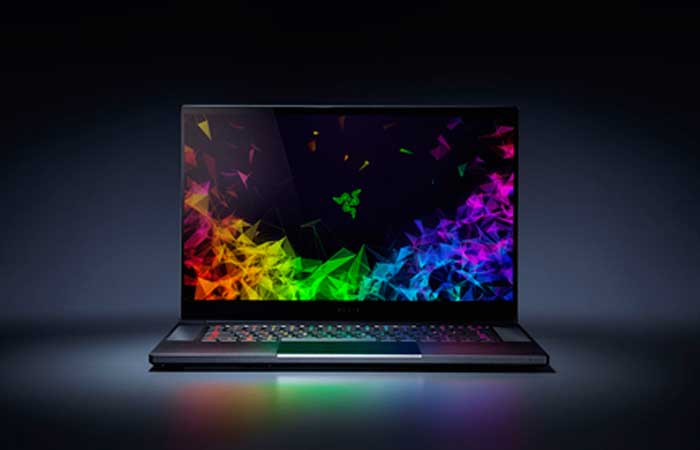 Apart from being the best gaming laptop of the year, Razor Blade 15 is one of the best versions of laptops that come in this size. It has a smart and sleek display of 15 inches screen. It has a thin body of 17.8 mm and is the smallest yet powerful gaming laptop so far. Its advanced version supports the graphics Up to GeForce RTX 2080 Max-Q. It has a sleek and subtle effect, which makes it best recommended for everyday use without having the need to set up the proper platform for your gaming laptops.

It comes in 3 different versions identified as base Model, Advanced Model, and Mercury White. Each of these models has some particular specifications as well with Mercury White best known for its subtle anodized mercury white finish, which gives a pleasant, simple, yet elegant touch to this model.

It has an approximated price in Pakistan rupees of 300000 on Amazon. 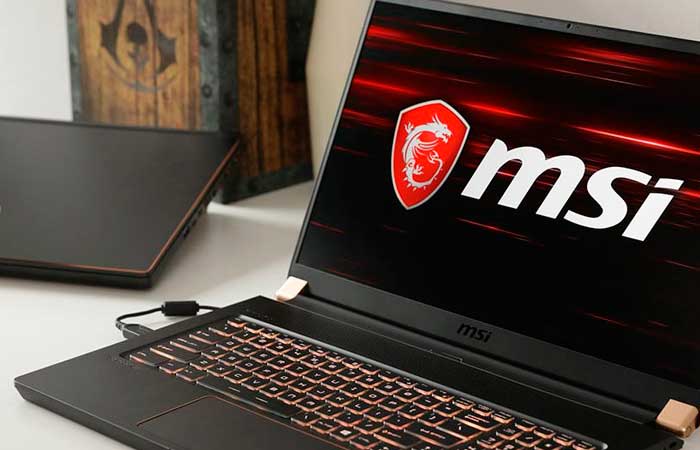 “The game just got real.” MSI Stealth is known for its hybrid utilization for both gaming as well as work purposes. According to Digital Trends, “The MSI GS75 Stealth is the epitome of a powerful, portable gaming laptop.” Designed for the unique and harmonized control, Stealth comes in with a surprisingly ultra-low weight as low as 2250 grams and covers a thickness of 18 mm only. This laptop comes with NVIDIA® GeForce RTX™ 2080 With Max-Q Design, 8GB GDDR6. It has a smooth and sleek touchpad, which also supports multi-touch gestures. Its 4-sided thin and smooth bezel design gives an eye-catching touch, which is optimized by its dragon centered logo.

Owing to its fine details, perfect finish and top of the line features with a smart size, this laptop has an elevated price and certainly not even close to what can be called cost-effective.
It has an approximate price in Pakistan rupees of 480300 on Amazon.

With mesmerizing technological lead around the globe, the cost of the products and services also get a raise, which is why the latest gaming laptops are quite a lot expensive. Thus, a compromise to be made certainly between incorporating the best technology and relying on a cost-effective product. Based on the cost-effective nature of gaming laptops, MSI GF63 Thin is one of the reasonable technologically advanced laptops down the line. However, if monetary factors are not a constraint, then without a doubt, the best gaming laptop so far is MSI G75 Stealth with its powerful Intel Core i7 series CPUs and Nvidia GeForce RTX 2080 graphics on board with upgrades available.

Also Check out: Best Processors for Laptop in Pakistan 2020