Parveen Shakir - The famous name in the Urdu Literature

Parveen Shakir was one of the greatest poets in Urdu history. She was not a poet but also a teacher, and she also served as a government servant for Pakistan. She is considered in those personalities in Urdu literature who has their own influence on it at that time.

Her style of poetry was quite different and elegant as compared to other poets. She was more of a romantic poet describing the ideas of praise and attractiveness. In her very short journey, she made a great impact on Urdu literature and became a historical person in Pakistani history.

Parveen Shakir was born on 24, November 1952 in the city of lights Karachi, Pakistan. There are many other great personalities born in Karachi, even the founder of Pakistan Quaid-e-Azam was also from Karachi. Parveen Shakir was not only a famous poet but also a well-educated lady.

After completing her early education in 1968, she had her M.A degree in English in 1972 from the famous Karachi University. She also applied for CSS and got 2nd position in Pakistan, and this clearly shows that she was not a common lady. 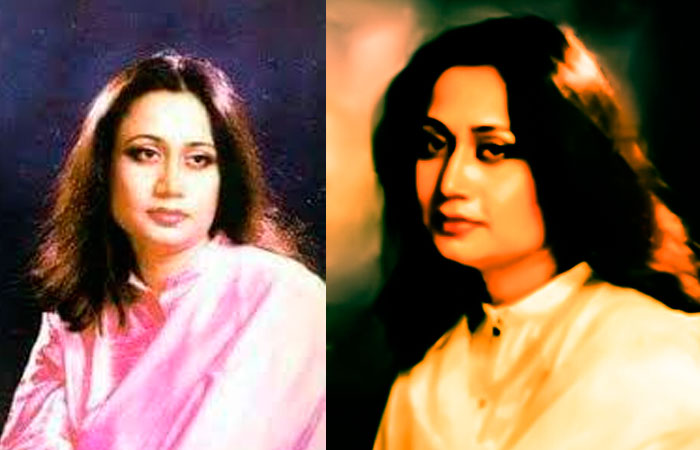 She also gave her services in the Customs Department. In 1986 she was appointed as the second secretary, Federal Bureau of Revenue in Islamabad. These all achievements other than poetry are enough for an average person but see how it works, it was her poetry which made her famous in the world while having such a successful educational and professional career. She was different, and her poetry was purely natural.

Parveen Shakir had a spark of poetry from the start. She did both composition and little verses by herself at a very young age. There were some of the small segments published in Urdu daily papers and some blogs in English magazines too. Her first official poem published under the men-name, “Beena”. Her first-ever volume "Khushbo" was launched when she was too young, and it was well known till 1976. 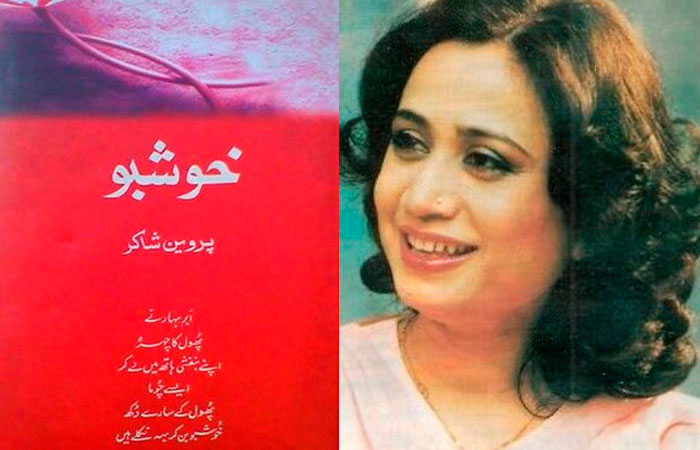 She used to write beautiful ghazals, which are just a masterpiece for Urdu literature. Besides this, she also wrote other free rhyme poetry. Her usual themes of poetry were love, feminism, and daily life social humiliation, too, although she had also written on many other topics.

Parveen Shakir's best poetry was just introducing the ways of admiration, attractiveness, and their defects usually come out by comparisons and characterizing them into some other living hood. She was maybe the first female port in Urdu literature who used the word 'girl' and female pronoun in her verses, which make her poetry more beautiful.

Parveen Shakir’s ghazalyaat are consist of five to ten couplets usually. Her poetry was powerful enough to take a force, and you can see lyricism in her poetry very clearly. There is a very beautiful example from her one the finest couplets;

Translation: “He is fragrance and would spread in the air/ The trouble is for the flower, where will the flower go?” Here you can see the art of Parveen Shakir clearly that how beautifully she expressed the feeling of a betrayed lover in this verse. In this couplet, the ‘Khushbu (fragrance)’ relates to unfaithful lover and “Phool (flower)."

The meaning of this whole verse is that an unfaithful love doesn't care after leaving you, he again gets busy with the world and in his normal routine. What about the one being cheated? Who relayed on him? Now her life will become miserable for being loyal to him.

In her free version, there is a bold version of Parveen Shakir. Her verse is straight forward in which she urged the social issues, including gender inequality, discrimination, patriotism, prostitution, human psyche, and current affairs. There is also an example of English phrases that are mixed-up with Urdu in her poetry.

The Legacy of Parveen Shakir

Parveen Shakir's poetry was very honored, and she was one of the essential and prominent poets in Urdu Literature. She is compared with the famous Iranian poet Forough Farrokhzad, and she was considered as the innovative poets giving a female experience through their verses. Many legendary poets spoke in her admiration by accepting her talent.

Iftikhar Arif, a legend in Urdu literature, said about Parveen Shakir, "The youthful portion by her thematic range and genuine poetry, another measurement to the usual topic of adoration by offering expression to her feelings in a straightforward and clear style." Parveen Shakir was awarded the Adamjee Literary Award in 1976. She was also awarded Pride of Performance, which is considered as one of the highest honors of Pakistan in 1990.

Here is the list of masterpieces of Parveen’s legacy 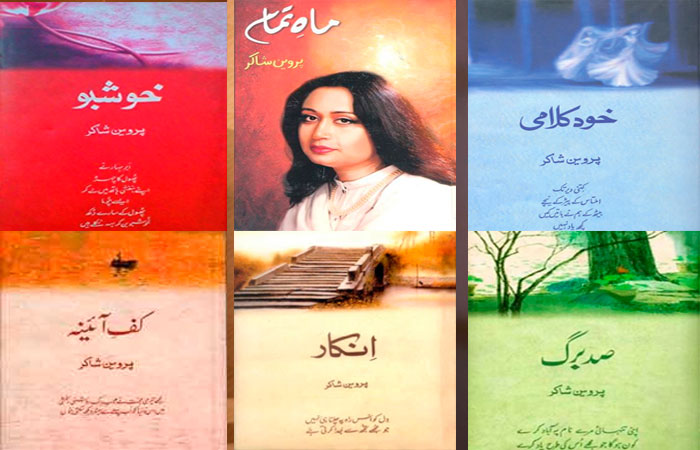 ‘Khushbu’ is one of the most admired volume of verse by Parveen Shakir. In her ghazal Khushbu, she characterized a very passionate, sentimental and strong lady. Partition is actually stressed them in Khushbu, and it is deliberately presented with different ideologies. You can determine it from the very first verse;

Translation: "I am shadow of the fragrance, no one can stop me by spreading/ And once I got spread, then nobody can put me together." In this verse, she is clearly defining the character of the subject in the ghazal that I am just like the shadow of the fragrance, once I used or cheated, then I breaks and go away. After being cheated, nobody can stop me, and no one can heal me.

On 26 December 1994, her car was hit by a bus in Islamabad when she was returning to her home after work. This accident caused her death and a huge misfortune for Urdu poetry also. She left the world at the age of just 42 years. The on which the accident of her death occurred was named by after her (Parveen Shakir Road).

Parveen Shakir once said:
“The philosophy of love is the foundation of my poetry, and this is the reason why I always ponder over the triangle of God, universe, and human and understand them.”