In this era of technology, there are many companies competing with each other, and making extraordinary smartphones and smartphones which are being manufactured by these companies are really revolutionary.

Samsung is considered to be the leading company for manufacturing smartphones, and its competitors are Apple co, Huawei. Etc. In the year 2020, Samsung will be launching many new revolutionary devices. Let us discuss them below:

Samsung Galaxy Fold 2 is one of the most advanced, and elite sorts of phones, and not only its specifications are extraordinary, but its looks are also dam amazing. You might have heard about folding phones by companies like Motorola etc., but this folding phone has got a touch screen. 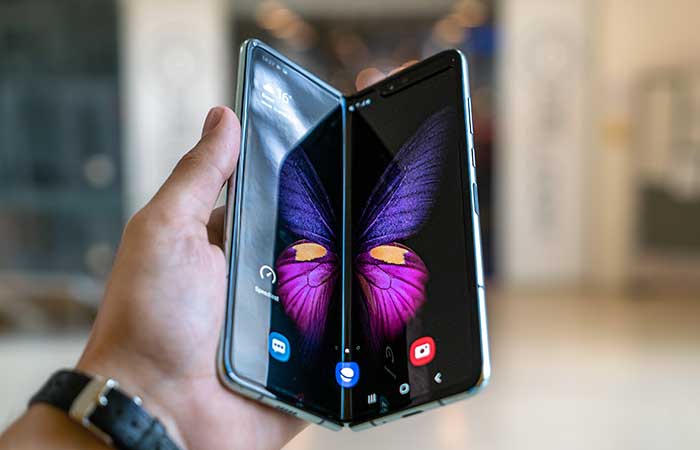 So you might get the swag of carrying a phone along with carrying a tablet. Yes, it becomes its tablet when you open it up. This phone will be one of the flagship devices by Samsung.

Let us talk about its specifications:

This phone comes with 7.7 inches of screen with the technology of Infinity V display capacitive touch screen having 16 M colors. It also provides 4.6 inches of cover display when it is closed. The protection of the screen is not yet confirmed.

Talking about its internals, this phone comes with 12 GB of RAM, and it has been said that this phone will have 512 GB of internal storage. From the ROM and RAM side, this phone is totally incredible.

Samsung Galaxy Fold 2 has got a quad-camera set up with two cameras of 12 megapixels, one camera of 64 megapixels which is a telephoto lens, and the first lens is 3D ToF. The front side selfie camera is not yet decided. Camera-wise, this phone will be average.

This phone will also be revolutionary, and it can be considered that it is an advanced version of Samsung's old flip phones. 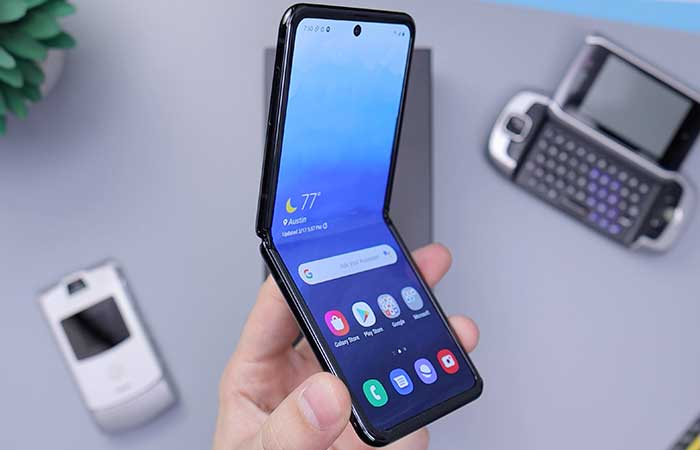 Let us jump directly into its details

Talking about its screen size, it will have almost 6.7 inches of screen. The technology that will be used in this mobile phone will be dynamic AMOLED capacitive touchscreen along with the resolution of 1080 into 2636 pixels. Apart from all this, the screen will be foldable, which will be its x-factor.

It will have almost 256 GB of internal storage along with 8 GB of RAM. You might not be able to insert a memory card in this smartphone.

It has been decided that this phone will have dual camera setup. Both lenses will be of 12 megapixels. Talking about its selfie camera, it will have 10 megapixels of camera. From the camera side, this phone will not be that much good as other flagship devices.

In the year 2020, most of the phones will come with Android 10, and this smartphone will have android 10 as well. It will come with the chipset of Qualcomm SM8150 snapdragon 855+ which will be incredible as well.

It will be a mid-range device by Samsung, and there are rumors that this smartphone will be releasing in the year 2020. Midrange devices can be considered to be the most selling devices by any company. 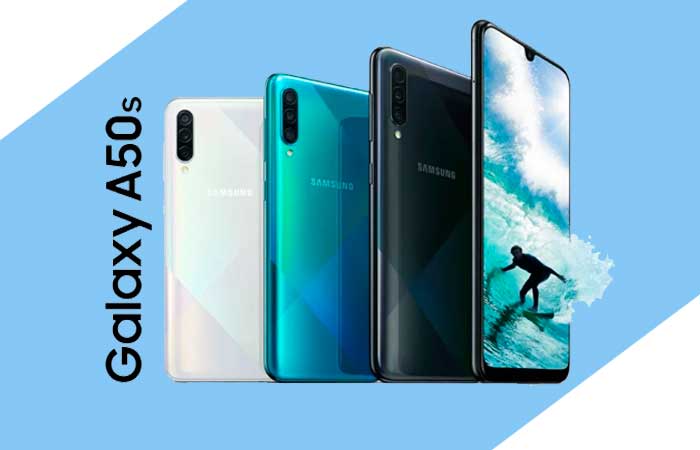 Samsung A50s will have a screen size of almost 6.4 inches, which will be big enough to amuse you. It will have a super AMOLED touchscreen along with Gorilla glass protection.

This phone will come in two variants, one with 64 GB of ROM and 4 GB of RAM and the other variant will have almost 128 GB of internal storage and 6 GB of RAM.

It will have android 9 (PIE) which you can also upgrade to android 10. Talking about its chipset and Processor, it will have Exynos 9610, and it will have an octa-core processor as well.

Samsung's most elite and most demanding phone comes from the Samsung Galaxy S series.  Every year Samsung will release Samsung S20, S20 Plus and S20 ultra. These phones will also be a revolutionary phone in terms of camera and internals.

Every year, Samsung comes with the latest technologies and stuff every year, and in the year 2020, this S20 series will really bring all the stuff that you want in a smartphone.

The camera of S20 and S20 plus are just like other flagship devices cameras, but the camera setup of S20 ultra can be considered to be the best camera in smartphones. It comes with a quad-camera setup, the main cameras have got the lens of 108 and 48 megapixels of the camera to take perfect shots.

Samsung has always been there for their customers to satisfy them and their needs. Even though the devices that Samsung makes are quite expensive as compared to other devices, but they are totally worth it, and you cannot deny the fact that Samsung is one of the leading companies in making smartphones for many years.