Online gaming has altered the way gaming experience used to be in the past. The digitalization of technology has been pacing forward, and this technology lead has led the technologists to develop sharper and sharper technological sound systems to provide nothing less than the perfect experience. Apart from other technological advancements, online gaming has observed an escalated uprise. An alleviated usage statistical data shows that millions of users spend an average of around 10 hours on online gaming in a day. This interest is not merely by virtue of interesting games but also due to the engaging almost realistic effects of the HD games, which captures the gamers and makes them play games for hours and hours all absorbed in the graphics of a game sitting just next to a computer or laptop screen.

With the development of heavier versions of online games, the computers or laptops of proactive users need to be updated with the latest technologies installed in their gaming setups. Some of such technologies include

Separate articles have been written for the best gaming laptops and top gaming keyboards for optimized performance results. This text gives an insight into the best gaming graphics cards, which can which have the capacity to support modern-day games such as Dota, Counterstrike, or Tekken. 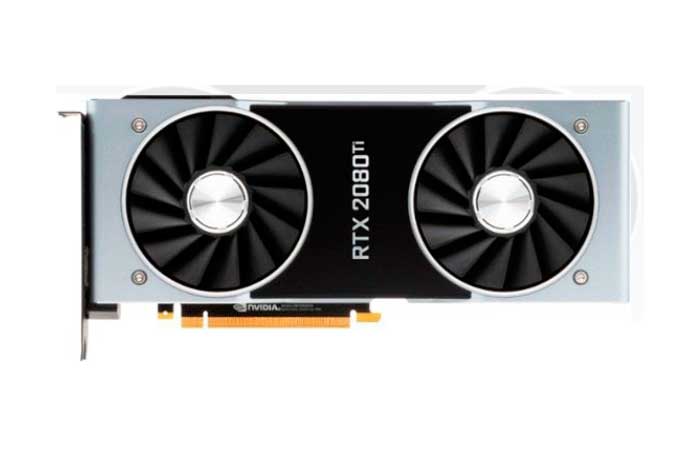 First things first, let’s begin with the technical specifications of this graphic card. It has the best rating so far, according to Editor’s Choice. Its GPU comes in with Turing TU 102 while having the core clock frequency of 1350 MHz. It has a video RAM of 11 GB GDDR5X with a TDP of 260 Watts.

The most important key factor of this product includes its smooth performance, even at 4K, high settings. The product overlook has a future smart gadget like effect, which makes it aesthetically captivating as well. It has been treated with great thermal solutions, which not only optimizes its performance but also supports boost clocks.

However, with great technology comes a great product with greater prices, this product is quite a lot expensive, and it is surely out of reach of many.

Nvidia GeForce RTX 2080 Ti is the only card so far that has been tested to withstand smooth frame rates even at 4K, with the settings stretched to its maximum. The older versions of this graphic card were not able to provide such amazing results under similar settings.

Nvidia has been successful at adding the heat solutions to their cards with ultimately has led to highly sustained clock speeds with optimized performances.

Also Check out: How The Upcoming Graphic Cards In Pakistan 2020 Can Make Your Dreams Come True

This is overall the best graphics card with only the constraint of its very high price, so it’s not a thing for every gamer to entertain with. Only the true gamers with no compromise over the 4K effects will get this card installed into their gaming systems. 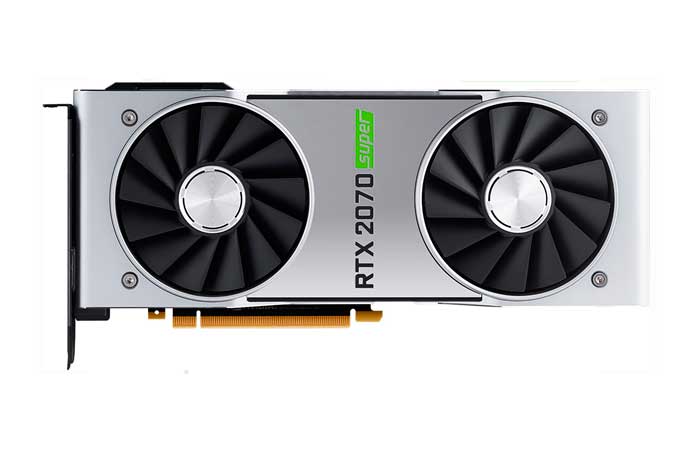 This graphics card has its most suitable use for Virtual Reality VR gaming. Its GPU comes in with Turing TU 104 while having the core clock frequency of 1605 MHz. It has a video RAM of 8GB GDDR6 with a TDP of 215 Watts.

Speaking of its charms, this card is better than 2070 performance without the Founder’s Edition Tax. It has a heat solution installed as power as that in RTX 2080 bottomed up to the processor range of TU 104 optimizes its performance levels to higher operating clock speeds with a slower rate of fans’ spin and relatively lower heat ranges.

However, since it is not as good as RTX 2080, a major disadvantage of this card is that it does not function as accurately as RTX 2080 under 4K, with settings stretched to their maximum.

Gamers interested in the Virtual Reality world are the best users to install this card since GTX 2070 Super is fast to reach a refresh rate of 90 Hz as for the modern HMDs to be called Head-Mounted Displays. Before the launch of RTX 2070 Super, RTX 2070 has been the best recommendation of experts, but with the advent of RTX 2070 Super, its frame rate beats the previously called best version, RTX 2070. 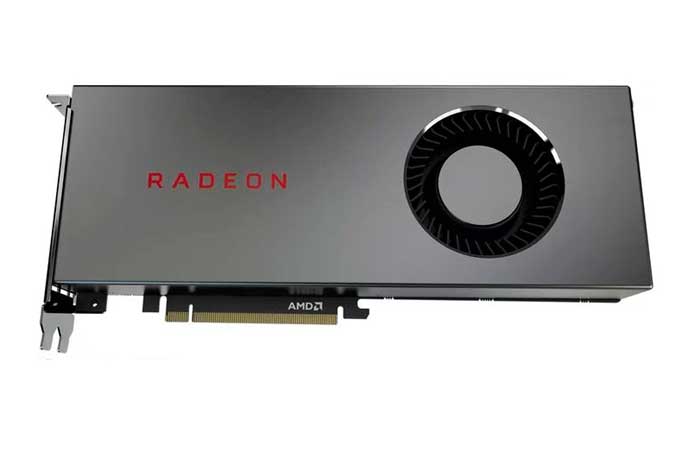 This graphic card is best suitable for the 2K gaming world. Its GPU is RDNA Navi 10 while having the core clock frequency of 1465 MHz. It has a video RAM of 8GB GDDR6 with a TDP of 185 Watts.

AMD Radeon is around 10% more efficient than GeForce RTX 2060 with much better sound effects and quality than earlier AMD reference system cards. Its performance-based per metric system is also in competition with Turing based GPUs.

AMD is reportedly missing real-time ray tracing acceleration, which puts a fall on the rating of Radeon card in the near future. However, AMD’s Radeon RX 500 has an overall greater optimized performance than GeForce RTX 2060 while pertaining to almost the same price range. 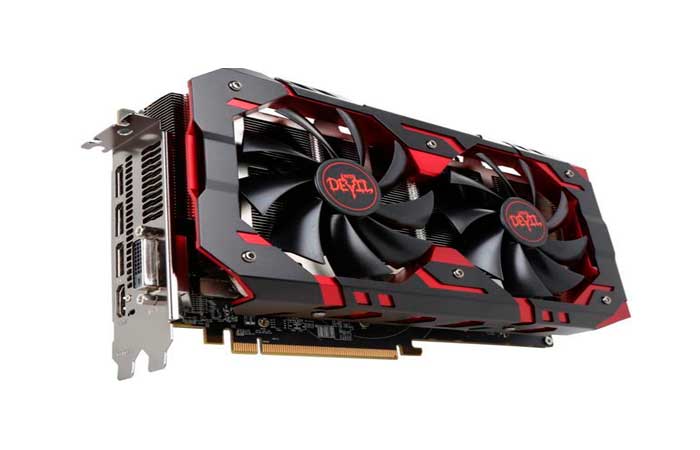 This graphics card has its most suitable use for 1080p gaming setups. Its GPU comes in with Polaris 10 GCN 4.0 while having the core clock frequency of 1411 MHz. It has a video RAM of 4GB/8GB GDDR5 with a TDP of 185 Watts.

Speaking of its pluses, Radeon RX 580 shows a smooth frame rate at 1920x1080. Its overall power consumption is low supports multiple monitors. A major benefit at the end of users is that it comes in 2 versions of 4GB as well as 8GB depending upon the needs of the gamers.

Its performance has been improved by higher clock rates, and remarkably, its power consumption is sustained, which is usually not the case subject to the increase in clock rates. Its significant comparison based competitive power can be analyzed by other graphic cards of the same price range, such as GeForce GTX 1060, especially in DirectX 12, which gives a one up to Radeon RX 580. 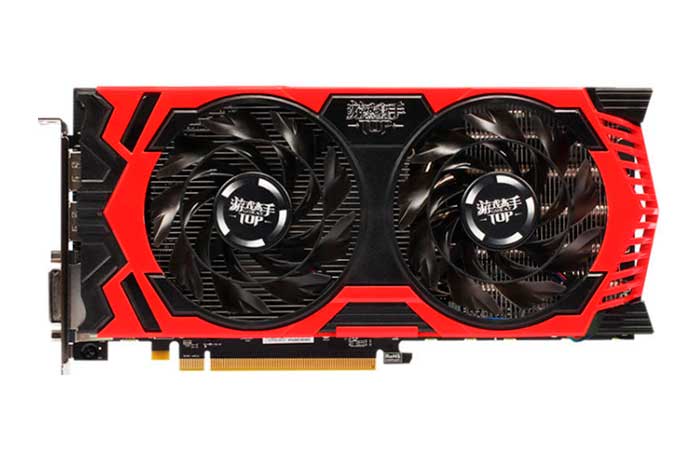 This graphic card is notable for its cost-effectiveness. It is one of the best graphic cards under budget constraints. Its GPU comes in with Ellesmere while having the core clock frequency of 1206 MHz. It has a video RAM of 4GB GDDR5 with a TDP of 150 Watts.

Speaking of its pros, RX 570 is a little better than RX 470, and it exhibits brilliant performance under 1080p conditions. AMD is one of the few versions which are price competitive yet competes on classifications based on specifications. In comparison with GeForce GTX 1060 3 GB, Radeon RX 570 stands out because of its valued 4 GB memory.

However, with pros come cons, Radeon RX 570 has less efficient thermal/heat solutions as compared to its counterpart Radeon RX 580. It has its ranking also limited by little overclocking headroom. 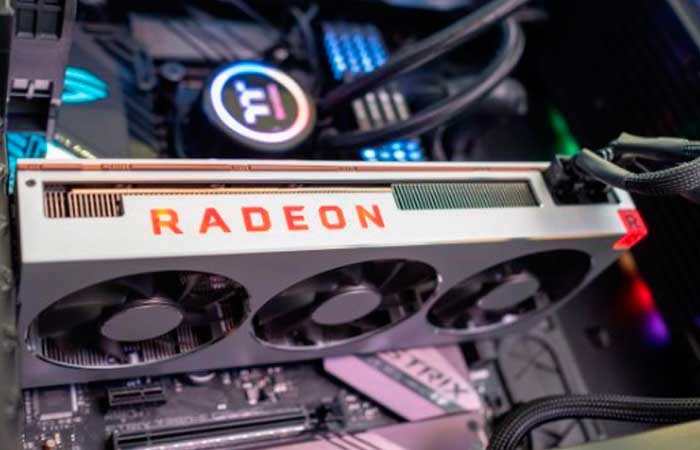 Radeon VII has been launched in 2020, marking itself as one of the top competitors around in the world of content. Following its earlier version, which was launched in 2017, Radeon VII is 1.3X faster than its preceding version of Radeon RX Vega 64.

The mighty AMD Radeon had made its entry at the time when the pro gamers had been looking for yet another top of the line graphics card, the most notable of which should be its best display even under maximized conditions such as 4K display.

Speaking of its GPU memory, a typical Radeon VII comes in with a memory speed of 4 Gbps having a memory interface of 4096 bits, which is quite impressive. It has a maximum memory size of 16 GB and is equipped with the maximum memory bandwidth of 1024 GB/s. Radeon VII falls under the memory type of HBM2. It has a peak pixel fill rate of up to 115.26 GP/s. It has a remarkable boost frequency of up to 1750 MHz.

In the world of online gaming, no doubt that an up to the mark gaming PC is a must however for a seamless experience, one of the crucial accessories is the graphics card which is fundamental in creating the most harmonic and phenomenal experience for the gamers pilling on top especially when it comes to signing up for the heaviest games in the list such as Dota, DMC and Call of duty. A list of top gaming graphics cards has been compiled above detailing their features so that it is easy for the gamers to identify their picks according to the needs of their installed games. Not all graphic cards are made for all the gamers. The access ranges largely from its availability to its cost-effectiveness factors. Speaking of which, if the cost is not a matter of trouble for a certain gamer, then certainly one of his or her top picks shall be Nvidia GeForce RTX 2080 Ti which is one of the remarkable and gigantic cards and not just the best but the perfect graphics card for the gamers who intend to experience a seamless display of their games. The other way round, if the demand is not just an excellent display rather it is also dependent on the price of the card, then one of the ideal picks in such scenarios shall be AMD Radeon RX 570 which comes in the specification of 4GB and is also responsible for its cost-effective market price. Nonetheless, a certain level of compromise has to be made between the seamless display experience and affordable, accessible graphics card.